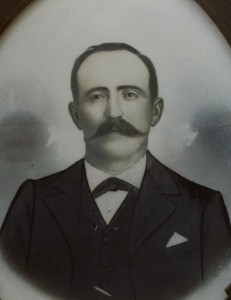 In 1878, Domingo Igoa was among the earliest Basques to come to Kern County. He came as a sheepherder and, later stayed at the Iberia (Noriega) Hotel and kept his horse next door at the Kern City Stables. In 1895, he returned to Urepel, France and married Joana “Joana Haundi” in 1899. 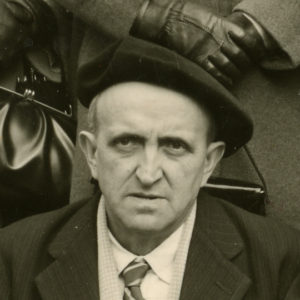 Their son, Pierre Igoa, was born in Urepel in 1904 and at the age of twenty-two came to Ely, Nevada as a sheepherder for Beltran Paris. Paris was the subject of one of the first books written by Basque scholar William A. Douglas. 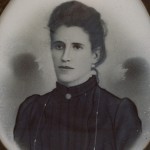 Pierre returned to the family home in Urepel, called Madaria. Madaria means “the pear” in Basque and family lore has it that the Igoa farm was named after a tree or orchard located on the property. Pierre married Catherine Arrambide Laxague, the sister of Pierre “Pete” Laxague and niece of the founder of the Pioneer Bakery in Venice, California, Jean Baptiste Garacochea. Pierre and Catherine’s oldest child, Bernard, was born on the Madaria farm in 1936. 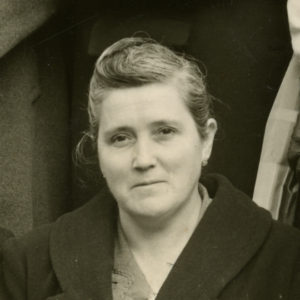 Bernard married Marie Mutuberria Etcheverry in Baigorry in 1960. Marie’s maiden name was actually Erramouspe but it was changed as the result of a clerical error. Marie is related to the Erramouspes that settled in Rock Springs, Wyoming. Bernard and Marie moved to Bakersfield in 1963. Bernard would find employment at his uncle’s Pyrenees French Bakery. (The sourdough “starter” which is an essential ingredient for making sourdough bread and used to start the sourdough culture at the Pyrenees French Bakery, was brought to Kern County from Garacochea’s Southern California Bakery. It is also believed that the Garacochea’s starter came from a bakery in Aldudes near where the Laxague family originated, as is several hundred years old.)

Bernard would be the third generation of the Igoa (Madaria) family to immigrate to Kern County and the first to raise his family in Bakersfield. Bernard is a long-time member of the Kern County Basque Club and was its treasurer for many years.