The bakery, originally called Kern City French Bakery, began in 1887 under the proprietorship of Marius M. Espitallier. In the early years the brick building which housed the bakery also contained a saloon. At the time, a loaf of good French bread sold for six cents. 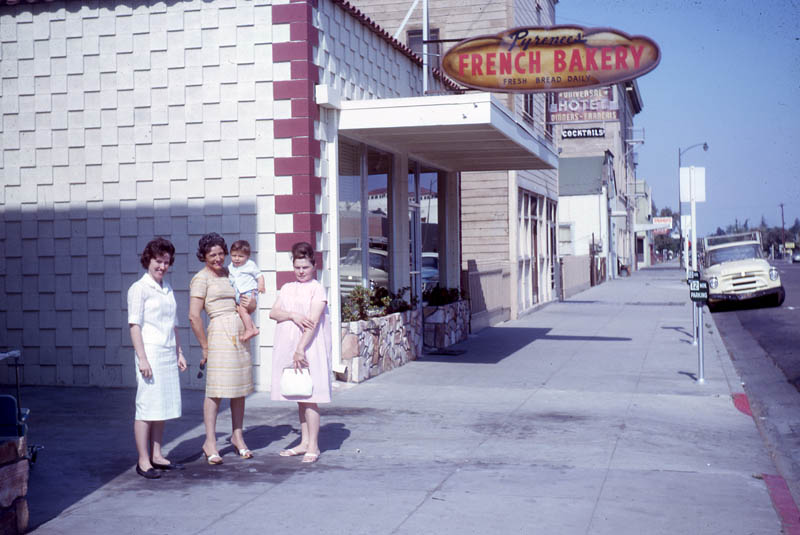 A Bakersfield Original – Taste the Difference!

In the early 1900’s the Kern City French Bakery was purchased by Marcel Reynaud, Joseph Gueydan, and Augustine Amour. In 1912 a new bakery building was constructed and the previous building under its new owner, Joseph Espitallier, became the Hotel Des Alpes. In 1918 Gueydan became the sole owner. For him and his wife Lea (Marin) the bakery building was both a place of business and a family residence for many years. Mr. Gueydan did all his own work with the help of only one man. He’d start mixing his dough just before midnight and finish baking about 9 in the morning, then would deliver the bread to his customer’s homes on the delivery wagon. Mrs. Gueydan would sell the bread in their retail store.

In December, 1944 Pierre and Juanita Laxague along with partners, Michel Erreca, Antoine “Toni” Laxague and Jean Baptiste Elgart, purchased the Parisian Bakery on East 18th Street from Pete Borda. Laxague and his associates changed the name of the bakery to the Pyrenees Bakery in honor of their native province.

In 1947 the Laxagues and their partners purchased the Kern City French Bakery from Mr. & Mrs. Gueydan and shortly thereafter the Laxagues became the sole owners of the bakery. This site became the new location for Pyrenees Bakery. Pierre would make the bread and Juanita would deliver it to the restaurants and markets. Pierre continued to use its old fashioned brick oven and his own old world formula for bread dough. The Pyrenees Bakery expanded to ten times its original size from a three-person operation into a company that employed more than 30 skilled people. When the Laxagues bought the bakery from Joe Gueydan in 1947 one of their first orders came from Montana. Juanita never cashed the $1.00 check for shipment of four loaves of the bakery’s famous sourdough bread to a Montanan who had once passed through Bakersfield and enjoyed the bread’s distinctive flavor.

The entire Laxague family was involved in the operation of the bakery. Juanita assisted in the business end; their son Michel was doughmaster, and their daughter, Marianne assisted in finances and management. Michel passed away in 1979, Pierre in 1993, and Juanita in 2009. Marianne has continued to run the business with the help of her nephews Rick and Jean-Charles.

The bread is still baked six days a week and is delivered throughout Bakersfield. The bakery serves most of the major restaurants and grocery stores in the area. The bakery also continues to ship bread across the States to those who enjoy its distinct flavor.